Mention diabetes and the word ‘sugar’ would probably come to mind – more so than eating disorders such as bulimia; but the latter is a prevalent condition for those with Type 1 diabetes.

People with Type 1 diabetes live a life where their pancreas produce little to no insulin, a vital hormone needed to regulate their blood sugar levels. The absence of this hormone does not allow glucose to be processed or broken down, risking blood sugars to reach dangerously high levels and this can lead to serious health consequences such as diabetic ketoacidosis (DKA). Besides having had to live with insulin injections , this group of people may also be battling with side effects that include weight gain; a taboo to most youths, especially youths and women.

Side Effects of Insulin: Weight Gain

Although Type 1 diabetes affects only around five percent of the Singapore population, those with the chronic disease are disproportionately more likely to develop an eating disorder like diabulimia than those without it, as several studies have shown. Around 4 out of 10 women aged 15 to 30 take less insulin than they are prescribed to lose weight as compared to 1 out of 10 men.2 In another study, a sample of 91 girls with type 1 diabetes aged 12 to 18 found that 45% had diabulimia.3 This is due to the fact that those with diabetes have to be more conscious and thoughtful about what they eat. This includes cultivating a habit of reading food labels as they need to be aware of the amount of carbohydrates in their food in order to figure out the amount of insulin they need.

These behaviors can gradually lead to an unhealthy relationship with how they perceive their bodies, and contribute to the development of an eating disorder. As type 1 diabetes and diabulima are often overlooked by mainstream media, a lack of awareness and sensitivity towards them persists in the public eye. This exacerbates the issue as people may have little awareness that obsessing over insulin consumption can turn into a dangerous eating disorder. Furthermore, there is also evidence that eating disorder prevalence rates are increasing in Singapore overall.4

In a society that is increasingly concerned with physical appearance and the achievement of certain beauty standards, individuals, especially youths and women, may be faced with pressure to maintain a certain physique.

Diabulimia, is motivated by an intense desire to lose weight. Unlike bulimia, those with diabulimia engage in insulin restriction or omission as a form of purging in an attempt to control their weight. They may reduce their insulin intake on purpose without medical advice from their doctor to lose weight; thinking that their body can burn body fat even while they continue eating normally. However, this can lead to DKA and also result in organ damage or failure, blindness, coma and sometimes death.

“Eating disorders can lead to the development of numerous medical complications, and have one of the highest mortality rates of any psychiatric illness consequently. Patients with diabulimia may have a greater risk of developing more serious complications as they are also likely to develop DKA,” said clinical psychologist Janet Phang from Mind Care Therapy Suites at Farrer Park Medical Centre.

According to Phang, only a handful of patients with diabulimia seek treatment. This is because public awareness of this condition is low. Hence the condition may not be easily detected and patients may not seek help or be referred for treatment.

“As youths go through puberty, body image concerns may develop as they are worried that their peers may not accept them if they do not look a particular way. For those with Type 1 diabetes, the regular use of insulin injection leading to side effects such as weight gain may then become a problem for them,” Phang explained.

With the hope of losing weight, those with the condition typically restrict the amount of insulin they take, below the minimum amount they are prescribed each day, or sometimes none at all. The World Health Organization’s International Classification of Mental and Behavioural Disorders also warns that “when bulimia occurs in diabetic patients they may choose to neglect their insulin treatment.”1 This causes blood sugar levels to climb dangerously high, disrupting the blood sugar cycle and increasing the risk of other health complications.

Is There A Solution?

When asked what kind of advice she would give to youths struggling with diabulimia, Phang said: “What is important is that we address their concerns about appearance. A lot of people around them would probably say things like ‘hey, don’t worry about how you look. Managing diabetes and your health is more important’. However, they may not heed such advice as that’s not what they consider most important.”

“What feels more important to them is the fear of being rejected by their peers. They may be getting teased or bullied because of their appearance.  When we dismiss their body image concerns as unimportant, they may feel that we don’t understand them. Consequently, they often stop sharing their concerns or lie about their diabetes management. This would result in their medical team being unable to provide the best treatment for them and lead to poorer treatment outcomes,” Phang added.

For youths who are particularly concerned about their appearance, Phang would encourage them to explore and engage in physical activities that they enjoy to manage their weight. There is no one-size-fits-all method, according to Phang. What is most important is to actively listen to their concerns and develop a win-win approach that allows them to feel better about themselves and manage their diabetes better. 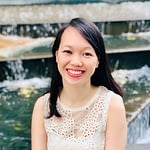 Clinical Psychologist at Mind Care Therapy Suites | +65 6705 5105 | Website
Janet graduated from the University of Western Australia with a Master in Psychology (Clinical). She is trained in Cognitive Behavioural Therapy (CBT) and Schema Therapy, but also integrates other therapeutic approaches in her practice to tailor interventions for her clients. Prior to joining Mind Care, she had worked for over a decade in a variety of restructured and private settings, including the National Cancer Centre (NCC), the Singapore General Hospital (SGH), and the Nanyang Technological University (NTU). Whilst at NCC, she helped patients and their families prepare and cope with the numerous challenges and changes brought on by cancer and its treatments. During her time at SGH, she was part of a multi-disciplinary team treating eating disorders. In addition, she helped set up psychological services at the Young Adults with Diabetes (YAD) clinic.

Do I Need to Worry About My Gallbladder?

Smokers are Not the Only Ones Who Get Lung Cancer