The tide of people affected with dementia in Singapore is rising. It is a concern as the population has been facing a declining birth rate since the 80s[1] and that people are living longer as a result of a better healthcare system. In 2020, 53,000 Singaporeans were likely to have dementia, and the number is expected to rise to 187,000 in another three decades.[2]

The general physicians who are more on the front line already sensed the rising tide 15 years ago. In 2011, the first dementia prevention program called “Age Well Every day” from the NUS Mind Science Centre, started in Asia. To date, more than 3000 older people are in the program.

The Economics Cost of Dementia Care

Dementia affects not just the patient but also the family. Given the chronicity of the condition, the cost of care can be high over the years. Between a study done in 2004[3] and comparing it to data collected in 2016, the cost of care has increased between 7-8%, with moderate stage incurring the most due to hiring domestic helpers as a caregiver.

The direct cost components for dementia are mainly medical and non-medical such as therapy, caregiving, and home care services.

There is also the indirect cost that affects the family caregivers. An example would be productivity loss, where the family member, the primary caregiver, has to take time off to bring the person to the hospital or the clinic. In addition, it should also factor in the healthcare cost of the carer.

Unlike other chronic conditions, dementia is a very powerful diagnosis, and sometimes diagnosis can be difficult. If someone has dementia, it raises questions about the mental capacity to process decisions such as making a will, signing the lasting power attorney, and taking care of himself.  Hence it is essential to diagnose carefully even if it requires a consensus meeting for diagnosis.

No single test can diagnose dementia. Instead, well-diagnosed dementia requires a combination of cognitive and memory, neurological history, and investigation via blood tests and imaging of the brain.

A. Screening Tools For Cognitive Decline

a. The Abbreviated Mental Test (AMT) is a good screening scale to test people for dementia. However, it is better suited in the UK and better for the British population due to questions such as “when was the first world war“. Therefore, to use AMT in Singapore, the question was changed to “who is the prime minister of Singapore”. However, there are reservations as remembering the date of an event and a person’s name is testing two different aspects of cognition. Despite this, AMT is still commonly used in Singapore.

b. The Mini-Mental State Examination (MMSE) takes about 15-20 mins to complete. Developed by Marshal F. Folstein from Johns Hopkins University, a usage fee of USD10 applies as the test is copyrighted

c. The Elderly Cognitive Assessment Questionnaire (ECAQ) was constructed almost 30 years ago as part of the World Health team for the global study of dementia. It took about 45 min to complete 300 questions. After the research, World Health requested to reduce the questionnaire to 10[4] items that are more predictive of cognitive decline. More importantly, it can be completed in 5 minutes and administered by a clinic nurse, occupational therapist, or social worker. It does not need to be done by the doctor.

Begin the examination by asking questions about the patients’ history, such as how and when symptoms developed, identify the type of dementia and then evaluate the patient’s emotional state.

Patients with Alzheimer’s kind of dementia will slide down the deteriorations gradually, whereas someone with vascular dementia or sometimes called multi-infarct dementia, will deteriorate in a ladder-like manner. It means that after a mild stroke, the memory and the cognition decline and then may remain stable for a while. Then, it declines again with another stroke.

However, in the present time, it is more complex. For instance, in the Memory Clinic at the National University Hospital, about 40% of patients have both Alzheimer’s type dementia and vascular dementia.

Another observation is that dementia affects cognition, memory, and mood. Sometimes, the person also presents with depression.

Given the varying presentation of dementia, GPs may see a combination of memory, cognitive and mood change.

The last area of diagnosing well is investigations; there are a variety of blood and imaging tests to help diagnose dementia and/or rule out conditions such as vitamin deficiency or hormone balance that can mimic dementia symptoms. These include:

The International Classification of Diseases (ICD) and the American Diagnostic Statistical Manual (DSM).  ICD is used in all the hospitals in Singapore, while DSM is also used especially in research.

a. Breaking the news

An approach is to inform the family first and then the patient. Start by telling them he or she has a memory problem and the positive aspects of managing it.

One of the things to encourage is health education such as a healthy diet, exercise, and prevention of falls. This will help to stabilize hypertension or diabetes mellitus  and improve quality of life.

Motivate them to play chess, mahjong, scrabble, and other brain games. Other activities like art, music, and ardening also stimulate the brain. A randomized controlled study of people who did choir singing as an activity to stay mentally active showed cognitive improvement  leading to better memory and mood of the participants.

These include Donepezil, Rivastigmine, and Galantamine which are the cholinesterase inhibitors, and Memantine has been used for a long period. Prescription of medications should be with extreme caution.

One of the ways is to have regular meetings to discuss the management of difficult cases and whether additional healthcare disciplines are required for specific interventions. Sessions like these also benefit the care of the person with dementia and the family

There is no definite collaboration model though the fundamental question lies in who is in charge of the patient. It is an area to think through to improve collaborative dementia care in the future and link with the community for domiciliary support.

There is no doubt that a good diet helps you stay healthy.  Diet is essential in terms of our mental health and cognition as the brain age. Currently, work in progress, there is a team looking into the Singapore brain-healthy diet that is more local and enjoyable. 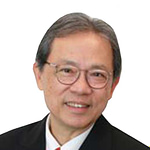 Holiday Habits Can Be Bad for Your Heart