Even as we mask up to avoid inhaling respiratory droplets in our global fight against COVID-19, some Singaporeans may still be at risk of lung injury due to vaping.

In this article, we ask Dr. Alvin Ng Choon Yong, Consultant Respiratory Physician and Intensivist with The Respiratory Practice at Farrer Park Hospital, for insights into the health risks of vaping.

Vaping involves breathing in chemicals such as nicotine and flavors in aerosol form, which may hurt your lungs. The difference between vaping and smoking is that smoking delivers nicotine and other chemicals by burning solid tobacco. On the other hand, vaping does so by heating a liquid through an e-cigarette or other device like a vape pen. Vaping is illegal in Singapore since August 1, 2016.

These vape liquids are sold in cartridges or custom containers, with propylene glycol often used as a base to create the vapor.

Some believe that vaping is a less harmful alternative to smoking, but Dr. Ng advised otherwise.

The medical field categorizes these injuries as e-cigarette or vaping product use-associated lung injury (EVALI). According to Dr. Ng, they are the most significant concern around vaping.

These chemicals can be found in insecticides, car exhaust, or even embalming fluid used to preserve dead bodies.

They are toxic to the lungs and are capable of triggering an inflammatory response which can damage the narrow passageways in the lungs.

The injury sustained can be acute or chronic when built up over a long period of vaping. Symptoms are similar to pneumonia as patients suffer from shortness of breath, chest pain and hacking dry cough.

EVALI does not respond to antibiotics and may lead to morbidity and mortality.

Some respiratory conditions associated with vaping:

"Treatment is largely supportive with supplementary oxygen. If it worsens, the patient needs to be admitted to the intensive care unit and given high-flow oxygen, non-invasive ventilation or intubation with mechanical ventilation," said Dr. Ng.

He also noted several case reports where severe lung injury improved with the use of steroid treatment.

As EVALI is a new entity, much research is still needed, and the prognosis remains unclear and unpredictable. In addition, the lack of long-term studies means doctors are still unable to ascertain if one treatment is more effective than another. As of February 2020, 2,807 EVALI cases or deaths were reported in the United States, though there are no vaping-related death reports in Singapore.

Even if smokers have been vaping for years without apparent signs or symptoms, it does not mean they should continue doing so. Just as damages from smoking accumulate over the years, so do those from vaping.

These damages, along with the release of free radicals into the body, mean cancer is a possibility. The long-term outcomes of vaping are still unknown as vaping devices are still relatively new. The first case started in 2003 when a Chinese inventor called Hon Lik invented the e-cigarette. Vaping shares many of the cancer-causing agents in smoking.

Research by the University of Birmingham suggested that vaping may weaken the immune system by “damaging vital immune system cells,” making the users more vulnerable to other diseases.

It may also impact brain development among children and teenagers, further reinforcing the case against vaping as a safer alternative to smoking for youngsters.

Vaping: A Growing Concern in Singapore

Vaping gains popularity among youths as it often comes with attractive flavors like bubblegum and cotton candy.

The Straits Times has reported that vaping continues to grow steadily as a trend in Singapore since 2018.

The uptrend is also due to a lack of awareness among the youths in Singapore. A Health Promotion Board (HPB) survey in 2018 polled 600 youngsters, revealing seven in 10 did not know e-cigarettes contain cancer-causing chemicals.

"Most vaping-related deaths in other countries involve young patients. It would be tragic if we start to see them among our youths in Singapore," cautioned Dr. Ng.

In 2020, Australian National University’s researchers reviewed 25 existing studies. They reported that e-cigarettes users are three times more likely to smoke, which signals that vaping potentially a gateway to smoking.

Researchers at Stanford University School of Medicine collected and analyzed U.S. population-based data from May 2020 and published their findings in the Journal of Adolescent Health. They found that youths who vape face an elevated risk of COVID-19. They are five times more likely to experience breathing difficulty and coughing symptoms, easily translated to higher hospitalization and mortality rates.

Given all these harmful effects and risks, it is clear that vaping shares similar risks as smoking. Therefore, if you know people who vape, you should advise them against it because it is illegal and detrimental to health. 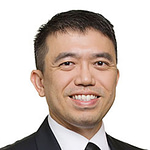 Dr. Alvin Ng Choon Yong is a Consultant Respiratory Physician and Intensivist with The Respiratory Practice. He was the President of the Society of Intensive Care Medicine as well as the Vice President of the Singapore Thoracic Society. He was also an executive committee member of the Chapter of Intensivist, Academy of Medicine Singapore. Dr. Ng is currently volunteers as the Deputy Chief Surgeon at St. John's Brigade Singapore Headquarters.