In this article, we speak to Dr. Toh Chee Keong from Curie Oncology, Farrer Park Hospital, and dive into the world of lung cancer in never-smokers.

In order to understand lung cancer, it is useful to first know what cancer actually is and understand how it affects us.

Cancer occurs due to mutations in your DNA, namely specific genes that regulate how your cells divide, called proto-oncogenes and tumor suppressor genes. These mutations result in cells dividing uncontrollably and invading nearby tissues. Certain substances and behaviors, known as mutagens, can increase the likelihood of these mutations.

For lung cancer, due to the direct involvement of inhalation in the process of smoking, mutagens such as aromatic amines and acetaldehyde2 are absorbed by lung cells and substantially increase the risk of developing lung cancer, making smoking by far the biggest risk factor. However, there are many more.

Likewise with smoking, many of these likelihood-increasing factors are linked to inhalation of potentially damaging substances, such as secondhand smoke, radon gas, air pollution, diesel exhaust and asbestos particles. Of these, radon gas, something many people have never heard of, is the second most likely cause of lung cancer3.

For example, of the roughly 30,000 non-smokers who died of lung cancer in the United States in 2018, around 21,000 of these deaths were due to exposure to radon4. Luckily, partially since most Singaporeans live in high-rise apartments, exposure to dangerous concentrations of radon in Singapore tends to be very rare.

A study by the National Cancer Centre Singapore found that 3 in 10 patients with lung cancer were never-smokers, a value higher than the global average. Furthermore, it has also been observed that this risk is particularly high among Chinese females, with 70% of never-smokers with lung cancer being women, and the rate of overall incidence of lung cancer in this demographic being higher in Singapore, where only 4% of Chinese women smoke, compared to Western countries like Germany or Italy, where approximately 20% of women smoke, but the prevalence of lung cancer in women is lower5. So why is this?

Research shows this high prevalence is usually due to a specific mutation called “EFGR”. For example, one study showed that the number of never-smoker Asian female lung cancer patients with an EFGR mutation was 63%6.

The most common type of lung cancer diagnosed in non-smokers is adenocarcinoma, which starts in mucus-producing cells on the outer regions of the lungs. Symptoms usually start spreading when the cancer spreads. For instance, pain in the bone would be experienced if cancer has spread to the bone. If it spreads to the brain, symptoms such as headaches would occur. Due to this, even though it is generally diagnosed at a later stage due to often being attributed to respiratory infection or even allergies, some studies suggest the prognosis of disease survival is better for non-smokers7.

What Can Non-smokers Do to Protect Themselves Against Lung Cancer?

For those who do not work in a profession where they are regularly exposed to mutagens, simple preventive measures can be taken to reduce the likelihood of developing cancer, even if you already don’t smoke. These include, maintaining a healthy diet, exercising regularly, avoiding secondhand smoke, and checking your home for radon. For those who work in fields where they may be exposed to mutagens, use of respiratory protection equipment may also help to reduce the risk of developing lung cancer. Regular health screening can also help to detect abnormalities in the body and spot cancer early.

Finally, non-smokers with lung cancer often suffer from a different set of psychological symptoms compared to smokers. There is a perception that people with lung cancer “brought it on themselves” by smoking. An attitude such as this can be damaging to both smokers and non-smokers, however this feeling of being misunderstood can often make non-smokers feel more alone and less supported than people with other types of cancer. This stigma associated with lung cancer provides no purpose except to dismiss those who need compassion and support. After all, cancer can occur in anyone, regardless of their lifestyle choices, and is one of the most difficult things people and their families may ever have to face. 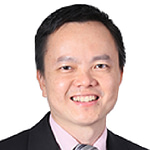 Dangerous Link between Diabetes and Bulimia

My Tryst with Kidney Disease