With so many types of diet out there in the market, it can be hard to determine which one works best for you. Just like exercises, different diets work differently and is not a one-size-fits-all.

In this article, we learn from our Principal Dietitian Mah Wai Yee about the three types of popular diets: ketogenic, intermittent fasting and paleo diet; and find out who they are most suitable for and if there are any possible health impacts.

How Does Each Diet Work?

A ketogenic diet primarily consists of high-fats, moderate-proteins, and very-low-​carbohydrates. The diet requires individuals to cut back most on the carbs that are easy to digest, such as sugar, soda, pastries and white bread.

Ketogenic diet works on the theory that by depleting carbohydrates as a source of fuel, the body uses protein and fat for energy thus resulting in weight loss. Ketogenic diet is used most often to lose weight, but it can be used to help manage epilepsy too.

Intermittent fasting (IF) is an eating pattern that cycles between periods of fasting and eating. IF is thought to work by triggering a process called metabolic switching, which is when the body goes into a fasting state and begins using body fat instead of glucose to meet its energy needs.

Additionally, intermittent fasting helps preserve the body’s normal interplay between the hormone insulin and blood glucose, preventing insulin resistance. IF is used  mainly for weight loss but some studies claims that it may help improve blood sugar control by reducing insulin resistance, heart health and, reducing inflammation and improving conditions associated with inflammation, such as Alzheimer’s disease, arthritis, etc.

Before starting intermittent fasting (or any diet), one should check in with your primary care practitioner first.

Some people should steer clear of trying intermittent fasting:

A paleo diet is a dietary plan that consists of foods similar to what might have been eaten during the Paleolithic era (approximately 2.5 million to 10,000 years ago).

A paleo diet typically includes foods that can be obtain by hunting and gathering during the Paleolithic era such as lean meats, fish, fruits, vegetables, nuts and seeds and oils from fruits and nuts, such as olive oil or walnut oil.

Explaining further, Wai Yee shared: “A paleo diet does not involve calorie counting but works on the basis that cutting down processed foods can help in weight loss and/or weight maintenance. There are claims that a paleo diet can lower the risk of heart disease, blood pressure, and inflammation, reduce acne, and promote optimum health and athletic performance.”

“From a nutritional perspective, because the paleo diet eliminates salt and processed food, a lower sodium intake can most definitely improve blood pressure and heart health. It is important to note that a paleo diet can be expensive as it increases intake of fish and meat and may lack flexibility as it limits certain food choices,” she added.

When asked how can we determine if a diet works for us, Wai Yee shared that in general, if the benefits – weight loss, improved heart health, blood pressure, blood sugar, etc. as claimed by these diet are achieved, then diet works.

How Long Should We Try A Diet For?

A scientifically evidence based diet is one that is sustainable long term, allows flexibility and proven to have health benefits. And the only diet that meets all the above is a healthy, balanced and varied diet that is moderate in fat intake, lower in salt and sugar and high in fibre. It should not be over-restrictive or eliminate any food groups. In addition, a diet that works should not result in any health harm, no matter how long it is practice for.

Diets such as keto, IF and paleo have shown to be beneficial for weight loss and this is mainly because these diet generally promote calorie deficit. However, most of these diets have been shown to be not sustainable for long term and some may even result in adverse health effects. Diet changes are for long term and not for “trying out”. If a diet claims to work, it should be a diet that should be sustainable for life.

People suffering from diabetes and taking insulin or oral hypoglycemic agents suffer may experience severe hypoglycemia if the medications are not appropriately adjusted before initiating this diet.

According to Wai Yee, the most common and relatively minor short-term side effects of ketogenic diet include a collection of symptoms like nausea, vomiting, headache, fatigue, dizziness, insomnia, difficulty in exercise tolerance, and constipation, a condition sometimes also referred to as keto flu.

“There are no long term clinical studies about the potential risks of the diet. However, if the diet is not practice appropriately and results in over restriction, there is potential for micronutrient deficiency. Also, long periods without food may result in dehydration, mood changes and low energy,” Wai Yee shared.

There are no long term clinical studies about the potential risks of the diet. However, if the diet is not practice appropriately and results in over restriction, there is potential for micronutrient deficiency.

Which Diet to Pick?

When it comes to diet, Wai Yee shared that the basic principles to a healthy diet should be one that is balanced and varied, and is not overly restrictive.

If you are thinking to go on a diet, consider your existing health status. For those with existing medical conditions, consult your healthcare team. 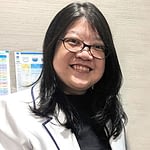 Wai Yee is the Principal Dietitian at Farrer Park Hospital. She helms a team of dietitians and provide a wide range of dietetics services to patients (in- and outpatient) and their caregivers in the hospital and the community.

Holiday Habits Can Be Bad for Your Heart

6 Ways Not To Overeat This Christmas