1 in 7 people in Singapore experienced a mental disorder (SMHS 2016, IMH), with a higher prevalence among youths and young adults. Dr. Chua Sze Ming, a Senior Consultant Psychiatrist, discussed the mental health burden, psychosocial development, and the common psychiatric disorders among the youths in Singapore.

Helen (not her real name) is a 20-year-old university student. She came to the emergency clinic twice within a month for hyperventilation and near fainting spells. Though both her electrocardiogram (ECG) and thyroid test were normal and generally in good health, Helen experienced bouts of depression, anxiety, and feelings of being overwhelmed.

Since starting university at the height of the pandemic, she had been on home-based learning and working on assignments, one after another. Now into her second year, she plans to join some co-curricular activities at her university. She had close friends from junior college, and her grades were stellar.

Helen’s situation is not uncommon in Singapore. “In many young adults, it is more of social anxiety and the pandemic has worsened it,” Dr. Chua explained.

She said that young adults like Helen, who are in their 20s, are at the stage where they seek out partners. “The behaviour follows Erik Erikson’s theory of psychosocial development where one of their main tasks at this stage is to make friends, whether online or in person.”

“Her panic attacks came from feelings that she was doing very badly in her university’s social life, which is completely new. The pandemic’s restricted measures means that there was little chance for her to make friends and socialise. She became even more anxious on seeing her friends dating but not her,” Dr. Chua explained.

As there was no functional decline, Helen went through basic counseling and training to help her manage her panic feelings. “We also discussed maximizing her opportunities to make more friends while online or within her co-curricular activity group,” she added.

Mental Health Burden in our Youth

Demographic studies showed that the youth’s phase of life is associated with the emergence of mental disorders. The second Singapore Mental Health Study conducted in 2016 showed a considerable association between younger age and mental disorders. Particularly for young adults aged 18–34 years [1], it had the highest lifetime prevalence for any mental disorder.

Mental illness was also the most significant contributor to years lost to disease among young people aged 10–34 years in Singapore and the second-largest overall contributor across all age groups.[2]

“The higher prevalence compared to the first study in 2010 may be due to higher mental health literacy rates among the youths and they being more forthcoming to acknowledge it in them despite the stigma,” Dr. Chua advised.

Adolescence and young adulthood are considered turbulent periods in cognitive and psychosocial development. The journey is not linear, and the individual may face conflicts at each stage. Besides getting an education, Dr. Chua said the critical development concerns are understanding the world, getting enough language and executive functioning to express themselves, and planning to live independently.

“Common parental concerns, for instance, their son is in the room all day on his devices, no eye contact and ignores them when spoken to. Or that he is just wasting his time gaming away and does not come out of the room to take a toilet break for hours. For girls, spending all the time in the bathroom ,” she shared anecdotally.

She said these conflicts are doubts towards the parents, the school authorities, increased need for privacy and secrecy, and confusion with emergent sexual feelings. Hence, the youths feel they cannot talk to their parents or the school teachers. Adding to the turbulence is the transition of schooling and entering national service for the local boys.

If the conflicts are resolved successfully within the stage, the youth will emerge with a strong sense of self. The reverse may result in feelings of inadequacy.

“Normal youth is therefore not just the absence of mental disorder as we know it but being able to communicate, be aware of their emotions and self. It also concerns about establishing their own self-identity, being interested in other people so that they can go on to develop careers, establish relationships with peers and look for partners,” she explained.

Youths in their 18-19 years old are at a crossroads of figuring out “who am I” and “what is my identity”. Therefore, it is paramount that they have an open and warm relationship with an adult at this developmental stage. It includes keeping channels of communication open and developing trust.

According to Erickson’s theories, trust and mistrust begin at infancy. If the quality of the caregiver and the child’s bonding is good, the child learns to trust the world to meet their needs. Otherwise, trust remains an unresolved issue throughout the succeeding stages of development. This means that while the central conflict at each stage is unique, it is not watertight.   The conflicts of one stage may overlap with the next stage and inadvertently determine how one will resolve the next conflict.  It also depends on the nature of early attachment to their primary caregiver in the family. According to Mary Ainsworth’s theory in the 1950s, it could profoundly impact their relationship skills.

“The relationships within the nuclear family are the crucial part – who is the main caregiver when he was growing up – the care, control and decision-making. Basically who does this youth actually identify with and what are the subcultures they belong to,” Dr. Chua explained.

“The first thing from the youths that I see is not to involve their family and not to share anything with their parents . On the other hand, I might get parents calling me after the consult asking for full disclosure,” she added.

Dr. Chua shared that she also saw parents about their troubled child. One of the common heart-wrenching questions is whether their failure as parents led to their child seeking a psychiatrist’s help.

Dr. Chua’s advice would be, “A good enough parent is better than a perfect parent.”   The concept was first minted by Donald Winnicott, a British pediatrician, and psychoanalyst, in 1953.

“The good enough parent(s) will start with an almost complete adaptation to the needs of the infant. However as the infant grows up, parental respond to the need should reduce but in tolerable ways and on regular basis. The failure to adapt to every need through their growing years helps them learn to live and adapt better to external realities,” she further explained.

Suicide remains the leading cause of death among  the younger population aged 10 to 29, with deliberate self-harm (DSH) estimated to be 10 to 100 times more common than completed suicide.“DSH is defined as intentional self-inflicted destruction of bodily tissue without the intention to die,” Dr. Chua explained.  It commonly includes cutting (with a knife or razor), scratching, biting, burning with cigarettes, hitting oneself, self-strangulation, overdosing with medications, alcohol, and drug abuse. The acts, while usually impulsive, can result in unintentional severe injury or death.

“Remember, these youths may not be fully developmentally or psychosocially developed. DSH then become a coping mechanism for their trapped negative emotions. With self-harm, there is now a physical pain that occupies their attention, and it helps take away their emotional pain temporarily. Hence a relief,” she described.

At the same time, youths use cutting as a punishment for guilt and shame. Some are internally directed sense of helplessness. For others, a means to reconnect with physical self and environment in the case of detachment or dissociation. “Dissociation usually refers to reduced awareness of one’s self, the external environment or the sense of time,” Dr. Chua added.

Dr. Chua cautioned that when we remove the means of DSH, we are taking away their means of coping which are not ideal. She suggested offering up alternatives such as holding ice-cubes in the hands and learning relaxation techniques.

Another common disorder is eating disorders such as anorexia, bulimia, binge eating, and avoidant restrictive food (ARF) intake. “ARF can start as young as 10 or 11 years old and it can be harbinger of anorexia. Eating disorders are very complex and they have a high rate of morbidity mortality,” she said.

Most of the time, they will have trouble going out for meals. Their responses are likely that they do not have the appetite or will not eat while everybody else is eating. If they have no choice but to join their friends for a meal, they will not eat for the rest of the day,” she shed further light on eating disorder behavior.

“In general if the youths’ behaviour or symptoms   has a negative impact such as start self-harming behaviour, trouble with the law, and repeated absenteeism from school, it is time to seek professional help. Social withdrawal, not just from refusing to go out with their parents but interactions with their peers or if the undesirable behaviour has persisted for many months are telling signs,” Dr. Chua advised.

“The take-home message is don’t dismiss the young person. Instead spend some time to ask how they are doing in school or how they are feeling from time to time. Try to be as open and non-judging as possible, though it can be difficult for most parents. More importantly, give our youths their own space as they are trying to develop their own identity.” 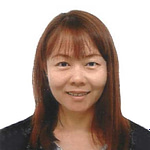 Dr. Chua Sze Ming is Consultant Psychiatrist at Living Effectively Clinic for Psychotherapy. She has special interests in mood and anxiety disorders, psychosomatic and geriatric psychiatry.